A quality stamp from a reputable ranking can be reassuring. But rankings have limitations and applicants must consider more than a number

Attending a top business school is expensive, so a quality stamp from a reputable ranking can be reassuring, particularly for those studying overseas.

But with so many rankings out there, each using a slightly different formula and each (often) with a different school at the top, how can an applicant judge which school is best for them?

The two (arguably) best-known master’s in management rankings are published by The Economist and The Financial Times.

The Financial Times also publishes rankings of Master in Finance programs as well.

[See all Master in Management rankings]

The rankings emphasize post-graduation career outcomes in determining which MiM programs are the best, in addition to program content and teaching faculty. The FT lists 100 MiM programs from 27 countries, which collectively enrolled 30,000 students this year. The Economist ranks 40 courses. In the Master in Finance Ranking from the FT, some 65 programs are listed in the pre-experience ranking; while just six are listed in the post-experience flavor.

For a business school, it is a long and sometimes arduous process to secure a place in a prestigious ranking, and there is no guarantee that after submitting data they will be included. Some of the world’s best MiM programs are not even ranked by all three publications, with several top US schools notably missing from the FT’s 2018 list, including Michigan’s Ross School of Business and Duke’s Fuqua School of Business.

Master in Management rankings: how useful are they?

Why would a business school seek to become ranked? Should applicants factor this into their choice of where to study?

It has become necessary for serious business schools to seek a rank to compete with their peer schools for students. Not being included in a ranking can cause reputational damage to a business school. When IE Business School, of Spain was dropped from the FT’s MBA ranking last year, a slew of negative media headlines followed.

Gareth Howells, executive director of early career programs at London Business School, says that the majority of candidates use rankings as a key source of research, such as making a shortlist of schools to consider. “Participating in rankings helps build awareness of a school and their program. So that they can, in turn, attract high quality candidates and build strong classes,” he says.

When the LBS MiM was first ranked five years ago, it experienced a significant increase in applications, which allowed it to grow the class size. LBS now recruits over 250 students on to its MiM, with 96 percent accepting a job offer within three months of graduation.

Rankings are not only important for students but for employers too, according to Alex Min, CEO of The MBA Exchange business school admissions agency. “Rankings continue to be an important and popular consideration for serious MiM applicants when deciding where to apply,” he says.

“Blue-chip companies offer attractive jobs to new grads and fast-track the careers of grads [of highly ranked programs]. And having a prestigious brand on a CV immediately becomes a life-long asset for those fortunate enough to attend.”

It will come of little surprise, then, that more business schools appear to be seeking a place on MiM rankings and new rankings have been established, such as The Economist’s, which launched for the first time last year. The FT, meanwhile, admitted six new entrants to its 2018 ranking and 104 took part in the process to secure one of 100 spots.

Each ranking typically requires accreditation from one of the main bodies, such as AMBA or EQUIS, plus a minimum number of graduates and graduating classes. In addition, schools are usually asked to provide information on students and the MiM program itself.

Howells at LBS does not see much competition between the publications, however. “There are many rankings in existence. If they all measured the same things with the same levels of
emphasis, then they would all produce the same result,” he says. “But different publications use different criteria, which is why results often vary.”

The FT places the greatest weight on salary of alumni, while The Economist considers placement success more broadly; other publications like the Master in Management ranking from QS focus on the reputation schools have among employers.

The rankings also survey different groups, with The Economist uniquely polling current students in addition to alumni and schools. Unlike its competitors, QS does not survey students or alumni and relies instead upon third-party sources, and schools.

For many students, rankings are complementary rather than in competition. The MBA Exchange’s Min advises applicants do their research so they understand each one’s specific criteria and can decide what matters most to them.

“Then factor in data from each of the three rankings that align with your priorities,” he says. He adds that applicants should speak with current students and recent grads about their experiences, and visit schools to absorb campus culture.

France’s ESSEC Business School is rated highly (in the top-five) by both the FT and The Economist. Felix Papier, dean of academic programs and director of the Essec MiM, says that rankings are a way for schools to identify scope for further improvement.

He adds that a ranking placement can be reassuring for applicants. “The rankings bring transparency.”

But business schools warn that all rankings have limitations. “First of all, they take a snapshot of a program or school at a certain point in time,” says Howells at LBS. “In addition, they don’t measure everything” and tend to focus heavily on career outcomes.

“Rankings don’t often measure the overall program experience and how a particular program is delivered pedagogically,” he says. “We believe that the ‘how’ is as important as the ‘what’.”

In addition, a recent scandal involving Temple University’s Fox School of Business, which admitted to falsely reporting GMAT information, has raised questions about how publications gather data, which is largely self-reported by schools themselves. The Fox school inflated student test scores and grade point averages in an apparent attempt to cement its first-place position in the US News & World Report Online MBA rankings.

As with any major purchase or commitment, choosing the option that is officially recognized, lauded and endorsed reduces a buyer’s uncertainly and perceived risk. However, for Masters in Management programs, ranking alone is not enough, says Min.

“What’s most reassuring is knowing the school you’ll attend is a great fit for your background, goals, values and personality – criteria that no published ranking can address,” he says.

“Alignment of the school’s curriculum and your career goals is essential. Recruiting by the industries and companies you covet is key. Geographic location that works for you is important. Finally, the surrounding community and campus culture help determine how enjoyable your educational and social experience will be.” 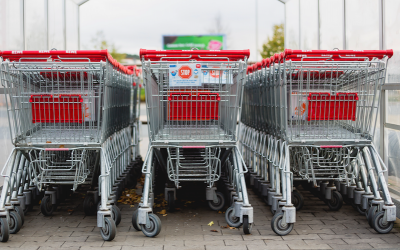 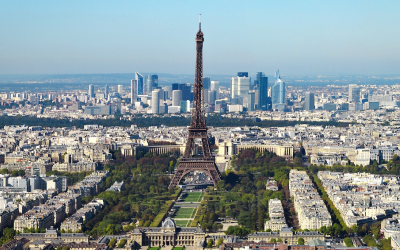