Master’s in Management Programs in the UK Defy Brexit Gloom

For years, the United Kingdom has been a popular destination for international students who wanted to study Master’s in Management (MiM) programs and other business master’s courses. After all, the UK is home to many of the world’s best business schools.

However, when the UK voted to leave the European Union in June 2016, fears spread that applications to UK business schools would collapse. Yet, while there remain concerns over access to work visas, the woes have failed to dampen demand for UK business education.

Leila Guerra, associate dean of programs at Imperial College Business School in London, says the number of students from Europe applying for the school’s MSc Management program have increased by around 18 percent year-over-year. Interest from Chinese candidates and from across Asia Pacific more generally has also been strong.

“UK business schools have survived during previous periods of macro-economic, political and social change. We expect Brexit will be no different,” says Guerra.

She points to the plunge in the value of the pound since the EU vote as an explanation for the resilience of overseas applications, which has lowered the relative cost of courses at UK business schools.

However, Imperial’s MSc Management students still have to bear the high cost of living in London. The UK capital climbed eight places in the world’s most expensive city list produced by The Economist Intelligence Unit this year. It ranked 22nd, far behind its neighbor Paris as well as Singapore and Hong Kong, but above other European capitals such as Rome, Amsterdam, Berlin and Madrid.

Still, Guerra says London may offer networks and links to global industry that might be harder to forge elsewhere. According to research from the management consulting firm Deloitte, 40 percent of the world’s biggest companies chose London as their base rather than elsewhere in Europe. London has one of the largest financial sectors on the continent — a la Canary Wharf and the City of London.

Just over half of non-UK Europeans polled said they were less likely to study in the UK because of Brexit, citing concerns over the availability of visas as well as the cost of education and living.

The share of candidates who said the UK was their first-choice destination also increased from 41 percent in 2016 to 55 percent in 2018, according to GMAC. Growth was especially high among master’s applicants in the Asia Pacific region.

“Overall, we have had a 29 percent increase in the number of applications since 2016. But numbers from the EU have fallen by 19 percent over the same period,” says David Elmes, director of Warwick Business School’s MSc Management degree. “The fall in EU applications has been compensated by applications from Asia, which significantly rose in India.”

Elmes says the fall in sterling and the US trade war with China, which may have put some overseas students off American business schools recently, are factors behind Warwick’s application growth.

He adds that the UK has a strong reputation for having a world leading education system. This is reflected in the latest Masters in Management ranking published by The Economist magazine. Seven of the 40 best programs are in the UK — the second largest contingent behind France. These include the MSc in Management program from the University of Bath School of Management and the Management MSc at Cranfield School of Management

[See all Master's in Management Programs in the UK and Ireland]

However, Elmes adds that there remain challenges because of Brexit. In particular, access to work visas and research grants from the EU are in jeopardy.

Despite these concerns, UK business schools attract a highly diverse group of students by nationality. This is one of their advantages, says Joanna Zaleska, director of the MSc in Management program at London’s Cass Business School. Also, half of the Cass cohort is female.

“We are ensuring that we provide a welcoming, inclusive environment for all of our students and are working hard to make sure our European students have all the information they need to navigate through the Brexit process,” says Zaleska.

She adds that studying in the UK is the perfect opportunity for students to develop their English language skills — something that is valued by employers around the world.

Cass also builds global study into its MiM course, so as to foster networking, learning and career opportunities for the students. In May, for example, 100 students worked on consultancy projects in Paris and Barcelona.

But there remain risks for UK business schools, not least the potential economic damage wrought by a “no-deal” Brexit, which would likely damage the job prospects of students.

Also, post-MiM work visas can be problematic. As it currently stands, non-EU residents who want to work in the UK after the MiM program will need a job offer in hand before applying for a visa.

Master in Management programs in the UK: an alternative

For those Master in Management applicants who want to avoid any potential fallout from Brexit, there is an alternative: Ireland.

Because Ireland’s status in the EU is not at risk, many prospective Master in Management students are seeing the country as a safer bet than studying in the UK.

In Dublin, Ireland’s UCD Michael Smurfit Graduate Business School has seen a 30 percent increase in applications from the previous year.

One reason for this is the thriving business hub in Dublin, granting graduates good employment opportunities, says Andrew Keating, academic director of the CEMS Masters in International Management at the Smurfit school.

Nine of the top 10 global technology companies have a presence in Dublin, including US tech giants Google, Facebook and Microsoft. Dublin is also home to nine of the world’s top 10 pharmaceutical companies, and more than 250 global financial institutions.

What’s more, all of the Smurfit school’s overseas MiM students are entitled to a two-year visa to work in the country on graduation.

“Dublin is a city of commerce, connections and culture, which is friendly and welcoming,” says Keating. 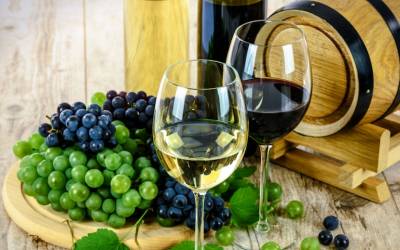 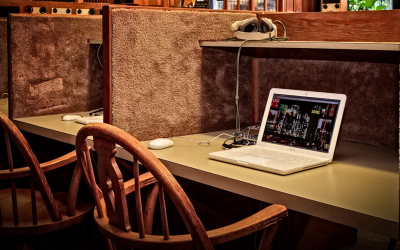 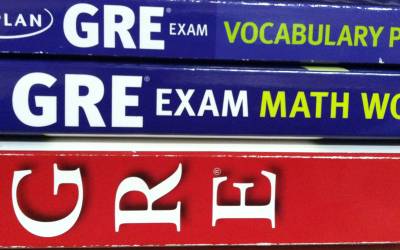 Applying for a Master in Management: Should You Take the GMAT or GRE?