The continent which created the courses has distinct advantages, but several big brand US and Asian business schools have launched MiMs in recent years

The Master in Management (MiM) degree may be gaining a global appeal, but it was crafted as a pathway into the boardrooms of European public companies. Is Europe still the best place in which to get a MiM? What are the advantages of pursuing a course on the continent, and will Europe ever be dethroned as the capital of the MiM?

The oldest MiMs trace their roots to the Grande Ecoles, the elite French schools responsible for educating many senior French business leaders and politicians.

European schools dominate most rankings of Masters in Management programs, including those produced by the Financial Times and The Economist.

One of the main advantages is related to the tradition that Europe has in designing and delivering the programs, according to Massimo Magni, director of the MiM at Bocconi University in Italy. “Over the years, they have improved and have been incrementally ameliorated in order to match the managerial skills that are required,” he says.

Céline Davesne, associate dean for programs at Neoma Business School in France, says that another great strength of the continent’s MiM programs are the close ties with business via executive guest lecturers and student internships. “This constant contact with the ever-changing professional environment allows our courses to regularly re-examine how our world is evolving,” she says, for example becoming more digitally focused.

She says: “Masters in Management are therefore hybrid products, perfectly designed to meet the issues of a fully globalized professional world.”

Masters in Management from Europe: high quality and diverse

Choosing a European Master in Management course may mean guaranteeing quality of education, as Europe is the area with the largest number of triple-accredited institutions, adds Davesne.

European schools also tend to be far more diverse than in the US or elsewhere, thanks to progressive visa regimes in countries such as the Netherlands and Germany, as well as European exchange programs such as Erasmus. “Exchanges abroad provide an opportunity for students to test out their qualities of resilience, when they are faced with different ways of operating, environments, training and life,” says Davesne.

“There is a notable broadening of the mind and a great leap in maturity, which later makes a real difference in the professional world,” she says, for instance through learning a new language.

A diversity of perspectives enriches learning via group discussion and many employers want to recruit graduates who can work with a wide variety of people in teams. “From a geographical point of view, the continent of Europe is very concentrated, allowing for a very high level of international exposure within a very short space of time,” adds Davesne.

“For example, London is only one hour away from Paris or Amsterdam. Madrid is one hour from Berlin or Rome. There is a real European melting pot [of cultures].”

Internships are another key benefit to taking a European business master’s program, since they are often built into the courses and MiM candidates generally lack work experience, as MiMs are typically pre-experience programs.

Experiential teaching, such as consulting projects also constitute real, valuable experience that graduates waste no time in putting to good use when they begin jobs, says Davesne.

But several big brand US schools have begun competing with European Masters in Management programs, having launched a handful of strong pre-experience business master’s programs in recent years, such as Duke University’s Fuqua School of Business and the University of Michigan Ross School of Business. In Asia, several top Asian schools run MiMs. Among them are Hong Kong’s CUHK Business School, NUS Business School in Singapore, and the prestigious Indian Institutes of Management run programs styled as PGPs that are similar to the original French MiMs.

Will Europe ever lose its crown as the MiM capital of the world?

Magni at SDA Bocconi argues that the rise in popularity of the MiM in other parts of the world will bring more competition, but this competition also has positive aspects. “Competition will stimulate further innovation and reflection within each school that offers a MiM,” he says.

“And the presence of other players will stimulate the development of further knowledge and provide students [with] an even better learning experience.”

Neoma's Davesne believes this has already happened in Europe, with exchange programs such as Erasmus, which was launched in 1987 to provide a way for students to study across the continent, making the MiM a more international qualification.

“Our continent can be proud of a real inter-country culture of academic collaboration, and it is this culture that makes today’s Masters in Management such powerful courses with truly international DNA,” she says.

“This explains why European Masters in Management enjoy such a good position in international rankings, as other continents took the international route somewhat later.”

She foresees greater collaboration between MiM programs globally, rather than competition. For instance, Neoma has an “Entrepreneurs without Borders” arrangement which allows students to experience a startup incubator of a partner university overseas. “We are already onto the next phase,” says Davesne. 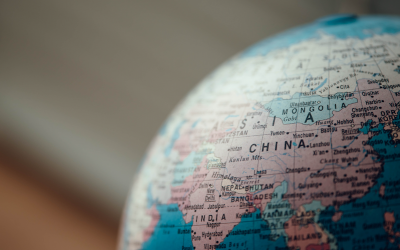 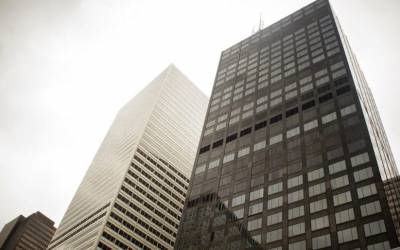 Master’s Programs in Consulting: A Fast Ticket to A Prestigious Firm? 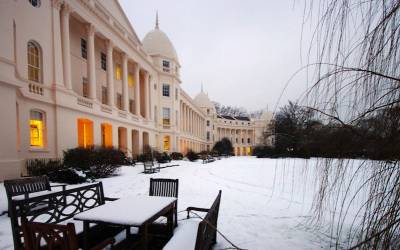