How do I Pay for my Master in Management?

The upfront investment is high for an MiM, but the returns can be huge

Paying for a Master’s in Management (MiM) can be much less expensive than an MBA, but the degree is still costly. Tuition fees, plus living expenses, quickly add up over the course of the year.

And because students typically join MiM programs with little or no work experience, fresh out of an undergraduate degree, they cannot be expected to have vast savings, and are often still paying off college debt. The average debt load of a US student last year was nearly $40,000.

Fortunately, there are plenty of ways to pay the tuition, living, travel and other expenses needed to complete a MiM course.

Paying for an MiM with apprenticeships

At schools in continental Europe, it is common for companies to “sponsor” MiM students by providing financial support for their education. These arrangements are known as “apprenticeships” and usually are awarded alongside a job offer.

At Neoma Business School in France, 700 MiM students benefit from such arrangements. Their tuition fees are paid by companies, which the students work for on a part-time basis, typically in three-week blocks. What’s more, students receive a salary for the work.

“Apprenticeships are a real plus, as they perfectly address the financial issue, but also provide a wonderful opportunity to gain intensive professional experience,” says Céline Davesne, associate dean for programs at Neoma. “In a large number of cases, more than 70 percent of students are offered a [permanent, full-time] position when they graduate.”

She adds that once relieved of financial burden, “students can fully concentrate on their curriculum and professional goals”. She goes on to say that some students work classic part-time jobs, for example in the school’s library.

But it is competitive to land an apprenticeship. Steffen Löv, director of MSc programs at Germany’s WHU-Otto Beisheim School of Management, says students who secure employer funding tend to be “very focused, with a strong sense what the MiM degree is good for and which skills they want to develop”.

And Juliane Oswald, director of the MiM at the Frankfurt School of Finance and Management, notes that fewer students are choosing apprenticeships, “as staying at one company for the duration of your studies limits the possibilities to gain work experience in other companies and industries”.

Master in Management scholarships and bursaries

Many business schools offer generous scholarships and bursaries to their MiM students, particularly those who are from overseas. But most schools seem to award scholarships to assist candidates from backgrounds that they want to attract.

Germany’s WHU, for instance, offers several scholarships for students of “diverse backgrounds” including one exclusively for women in business.

MiM scholarships are awarded based either on financial need or merit, such as for candidates who show outstanding achievements. They often cover the full tuition fees of an MiM program, or at least a portion of the fees. Sometimes they also cover living and travel costs.

The Frankfurt School offers numerous tuition-waiver scholarships with the awards decided by a special committee and based upon both merit and need. Oswald says: “It is our aim to give every student that meets our standards the possibility to study, regardless of their socio-economic background.”

Neoma grants scholarships specifically for MiM students. In the 2017-18 academic year, more than 150 students received the scholarships, which cover between 10-50 percent of the current MiM tuition fees.

MiM funding through loans or grants

The Frankfurt School (and others) offer “generational contract” loans in partnership with Brain Capital, a private firm. Students don’t pay tuition fees during the program. Instead, repayments start after they graduate, secure a job and earn €30,000 in gross salary. The alumni pay back a fixed percentage of their income over 10 years. But it is only available to students from certain European countries — including Switzerland and Norway — as well as the US and Canada.

Students are usually advised to apply for a loan from a bank in their home country, as they are often reluctant to lend to internationals because they do not have a credit rating. “But most banks will only grant a loan to a student who stays in the country the loan was issued in,” says Oswald at Frankfurt. “This can be difficult for internationals.”

But schools are usually on hand to help. Neoma, for example, has established partnerships with 10 banks that give international students competitive interest rates on loans. Davesne says that the French government can cover some of the interest charged by banks.

Crowdfunding a Master in Management program

In addition, some students have turned to crowdfunding platforms, such as Indiegogo or Kickstarter, to secure financing for their MiM degree. A couple of years ago at the Frankfurt School, an international student raised money to cover the cost of living via a crowdfunding campaign. “He needed to show sufficient funds in order to get his visa [to study in Germany],” says Oswald.

Another option is Prodigy Finance, an online platform which lets students crowdfund their tuition fees from business school alumni. It’s open to students from more than 150 nationalities and offers competitive interest rates, with no repayments made during the study period. Though better known for financing MBAs, MSc students at the Otto School (and others) are eligible to apply for money via Prodigy.

While a MiM degree is a significant investment, there are many ways to fund it — and the returns can be huge. As Oswald says: “Our graduates enter the job market at an advanced level and are able to manage teams as well as projects. They have outstanding career prospects, with an extremely attractive starting salary.” 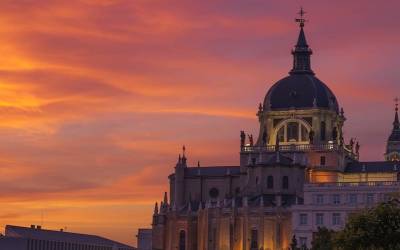 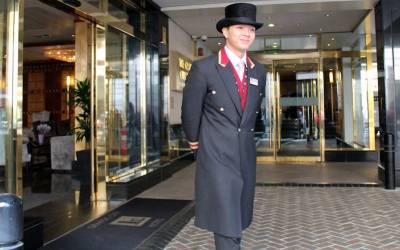 Why a Hospitality Management MSc is a Passport Across Industries